Due to damage caused by Hurricane Ian, the Lighthouse office and online store are closed until further notice.

Not long after Tom turned eighteen, he started having back pain. Then one day the back pain led to some far worse; Tom had a seizure. He was rushed to the hospital where it was discovered that he had a brain tumor. Tom would undergo emergency surgery to remove the tumor however, the damage from the tumor ended up causing him to lose his sight and at that point Tom’s life would forever be changed.

“It wasn’t easy” says Tom, “but I had to grow up pretty fast.” Admitting that he’s never been one to sit around and feel sorry for himself, Tom took his loss of sight head-on. He knew he had to find a way to pursue a career, so he began taking mobility, computer and job coaching classes at Lighthouse. Eventually, he enrolled at school in Little Rock, Arkansas that taught small engine mechanics. After about a year of schooling, Tom found employment back on the Suncoast working in a commercial lawnmower shop for several years.

Like so many at the time, Tom was affected by the hardships of the 2008 economic recession and was laid off from his mechanic job. So, he once again found himself reaching out to the Lighthouse for help. “Lighthouse has always been helpful no matter where I’m at,” in life said Tom. He again began working with the Lighthouse’s Orientation and Mobility instructors as well as those in the Assistive Technology department. Tom knew he couldn’t wait for a job to come to him, so he used the tools provided to put him in the best position possible to find a new job. Soon thereafter, Tom started working at Goodwill. At first it was part-time but after only a couple of months Tom began working there full-time and has been working for Goodwill ever since.

Tom credits the Lighthouse for helping him to navigate both around town and at work. He specifically mentioned his work with Ms. Latricia Gambrell, a Certified Orientation and Mobility Specialist at Lighthouse Vision Loss Education Center. Latricia and Tom have been working with each other for a while and she was the one that first assisted Tom when he began working at Goodwill. Latricia worked with Tom as he learned to navigate in his new surroundings, locating various work areas like the bathrooms, breakrooms, and getting to the bus stop.

Tom credits Latricia and others at Lighthouse for helping him over the years. “They get you moving,” says Tom “they get you out there so you’re not a bump on the log.” He adds that because of the different techniques he has learned from his mobility instructors, such as locating physical landmarks, listening to how sounds change in an environment, and paying more attention to surroundings, that he can live a more self-sufficient life.

Tom encourages those that are blind or experiencing vision loss to soak up as much information from their instructors as possible and to allow help from others when it is offered. Tom shared that he’s always had the love and support of his parents and close friends, and that there isn’t anything wrong with having others help you. “Nobody does anything by themselves, and no one should be afraid to ask for help.” He adds that it only can make you more capable and independent.

To learn more about our programs and services go to the Programs page.

Lighthouse programs and services are provided at NO COST to individuals affected by vision loss.

To support our mission, please visit our Donation page. 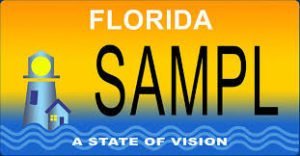